Troy Kemper and James Bartlett were sentenced in September. 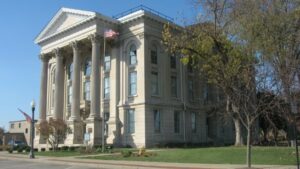 (Lawrenceburg, Ind.) – Two men have been sentenced for their role in voter fraud prior to the 2019 general election in Lawrenceburg.

Sentencing was handed down to Troy Kemper and James Bartlett last September.

Kemper pleaded guilty to Perjury (Class A Misdemeanor) and was sentenced to 365 days with 363 days suspended. He was also fined $185.

Friday Legislative Video Stand up for free speech.    It's a little shocking, but in today's video, we talk about the need to protect free speech for churches, pastors, and counselors.  Senate Bill 350 prevents a city council or county council from silencing speech in...
Read More

Holocaust survivors, children of survivors and grandchildren -- as well as German freedom fighters -- express their shock at today's fear-mongering and divisive dictates that are reminiscent of the prelude to the Holocaust. The Holocaust museum in DC tells some of the...
Read More

Attacks on Faith, No to Woke, Protect Kids

Protecting Hoosier Children There are two bills I want to mention in today’s email that concern the protection of children. Both bills could use calls to Representatives in support of them. (317-232-9600) House Bill 1646 (Morris) concerns sexually abusive materials...
Read More